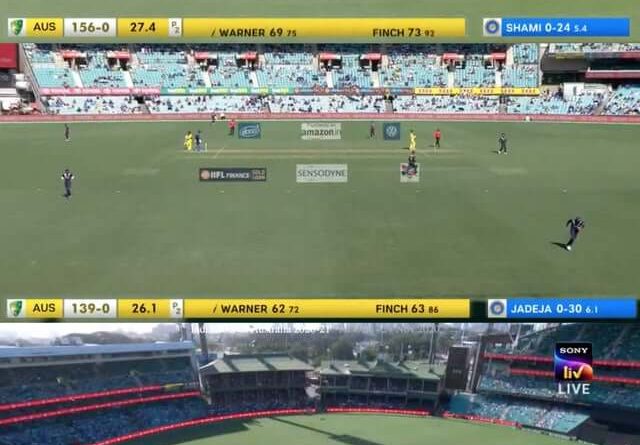 People who watch cricket have always had a love-hate relationship with advertisements. Such is this game that every few minutes we are bombarded with ads on TV. The frequency of these ads has pushed ad companies to come out with some great ads over the years. Some ads, however, are cringefests. I have made a list of the most annoying ads on TV at the moment. This post, however, is not about the quality of ads, but rather their placement.

Having watched cricket since the mid-90s, ads have been an integral part of my viewing experience. I used to love Happy Dent ads and would gladly watch any number of times those were shown. These ads however were shown between the overs. There was another form of advertising that was present when watching the actual game. I’m talking about the ads which were quite literally painted on the grass.

The grass was branded with Pepsi, Kamla Pasand and other such companies in the 90s and 2000s. Later Paytm and others were painted directly onto the grass, until a few years ago. Now there are no pre-painted ads on the grass, but instead, the ad logos are projected onto the grass by using it as a green screen. In the ongoing series between India and Australia, the ads of Dream11 and others are edited using software similar to those used in movies or shows.

What is a green screen?

A green screen as the name suggests is a green coloured screen that is used to edit-in anything that the editor wants to. In theory, any colour can be used instead of green but since green doesn’t conflict with any colour in the human body, it is widely used as background. The process that makes it possible is “Chroma-keying”. Chroma-keying is the process of isolating a single colour or brightness value in an electronic image and then making that value transparent in post-production, allowing another image or footage to be placed “beneath” the colour that’s been blanked out.

What if the team wears a green jersey?

Theoretically, if a team wears a green jersey, this sort of advertisement would not be possible. In a match featuring South Africa or Pakistan, players would be labelled with the ad if they come in front of it since their green jersey would work as a green screen. I wonder how this problem would be resolved. For now, it’s not possible.

Will cricket grounds look like this in the future?

The below video is a highlight between Argentina and Australia’s rugby teams. While the game is exciting, look at the horrible looking ads on the whole pitch. It looks like they’re playing on a billboard. I wish cricket could stay away from ads like these in the near future. 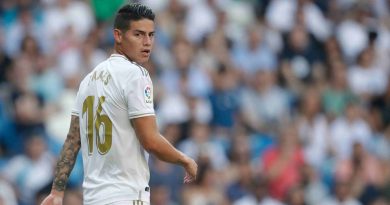