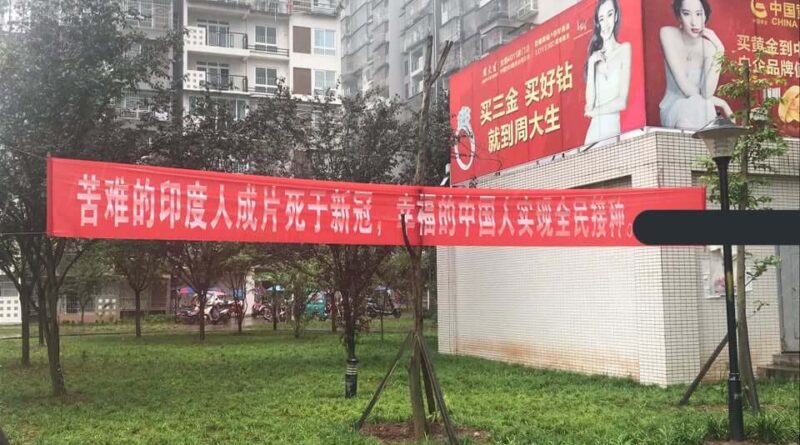 I was minding my own business getting angry at Indians who have crowded the tourist’s destinations and are flouting covid norms amidst scare of an impeding third wave. Then I came across a post that ignited a sense of disgust that I never thought I had!

It was a picture of this banner put in some part of China that says, “Suffering Indians are dying from COVID 19, lucky Chinese are already vaccinate”. Basically, China is mocking the death of Indian citizens from a virus that originated and was spread from China. How this banner is allowed is beyond me, but then again it is the CCP, the most brutal party there is so it doesn’t look out of the ordinary.

While celebrating being vaccinated is a great thing, mocking others for not doing it and dying is far more disgusting. Ironically they are celebrating a vaccine that does not work and is being not counted as a vaccine in Singapore and other countries.

How are they so inhumane?

To be honest, any country would become inhumane due to the continuous brutalism of the government and people in power. The CCP has literally run over their citizens with tanks in the Tiananmen Square massacre. Living in China with current control and the oppressive regime is torture in itself. It would make anyone inhumane and unsympathetic. Not just that but also it reeks of historical insecurity. There is an old Chinese proverb that goes like this.

You don’t win unless someone else is at the losing end!

This is called Schadenfreude an experience of pleasure that comes from learning of or witnessing the troubles, failures or humiliation of others. When people are more interested in other people’s failures rather than their own victory is when banners like these are unfurled.

The CCP has a habit of this

This is not the first instance of the Chinese mocking covid situation in India. During the peak of the second wave in India, someone from CCP Central Political and Legal Affairs Commission posted a picture comparing a rocket launch and a cremation titling “when china sets things on fire vs when India does it.” The irony is that the Tianhe rocket’s stage 1 fell back onto earth uncontrollably and could have called on a populated area but thankfully there was the Indian ocean to engulf it.

As an Indian, I really hope that most Chinese people are not like this. There is a very intricate and strong bond between Indians and Chinese throughout history. Watching it being washed down by a government that is hell-bent on keeping power at the expense of freedom, relationship and general humanity is rather sad. I hope the Chinese get vaccinated as well as the whole world and we get rid of the virus. 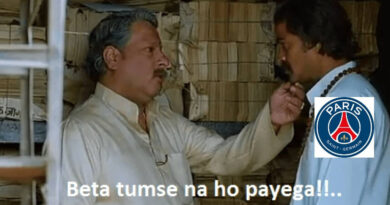