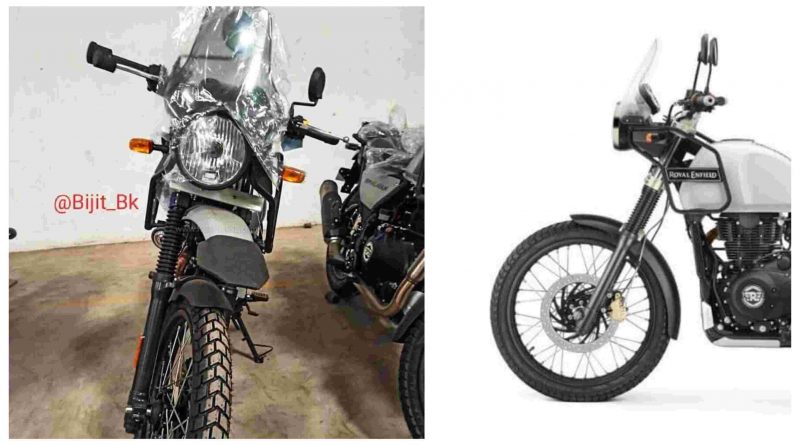 Royal Enfield Himalayan, the beloved adventure tourer of the country is now coming with Trippr Navigation and a bigger luggage rack to make it even more capable of touring. Despite there being better offroaders (Xpulse) and better long-distance tourers (KTM 390 adventure, BMW G310 GS), the Himalayan is still the highest-selling adventure motorcycle in the country. The biggest reason for this is its sweet price range, Royal Enfield service centres and utilitarian looks.

I always thought that the Himalayan looks handsome in a certain way. It only comes with the thing that it needs to get the job done and nothing else. Engine to get the bike moving, windscreen to shield the rider, lights to see in the dark, luggage rack to carry luggage and so on. It does not focus on looks which makes it good looking like George Clooney-esque.

Recently however something dawned on me and ever since that day I could not see the Himalayan the way I did before. While looking at the unhealthy amount of Himalayan videos on Youtube, I pondered the need for a beak despite the bike having a traditional mudguard. I thought certainly it would be needed just like everything else on the bike. I am sad to say that I was wrong and the beak has no purpose whatsoever on this rather purposeful motorcycle.

Why do adventure motorcycles have beaks?

You see, the adventure bikes have beaks as they don’t have mudguards on them. They don’t have mudguards to allow mud and rocks to freely flow with the front tyre and not block it. This is why there is a huge amount of room left for rocks and mud to pass through without scraping with the front mudguard. You can see beaks on motorcycles like the Kawasaki KX 250 which has functionality and a purpose.

The Royal Enfield has both, a mudguard as well as a beak which does not make sense as the mudguard does all the job and the beak is just for show. How blasphemous! Now that I have seen a Himalayan without a beak, I cannot unsee it. It follows me from one video to the other, from one picture to another. Here, see for yourself. Doesn’t the bike look better without the beak?

Some would argue that the beak is there for when it’s needed. Riders could remove the mudguard when offroading and the beak would then be useful. The same could be said about other far more important things that the bike does not have. Like, less weight, better lights, more power. Aren’t these more useful for a motorcycle of its class than a beak?

In an attempt to look adventurous, Royal Enfield has followed suit from the GS, Tiger and pulled a sneaky on us. KTM does not do this and should be applauded for it. Personally, I think it looks a bit tacky and useless, but what are your thoughts on it. Let’s discuss this in the comments below.

The Curious Case of NDTV Graphs 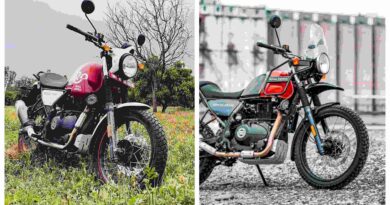 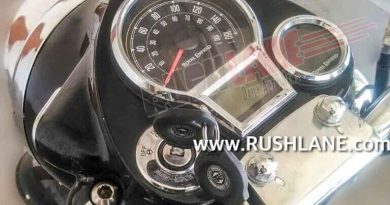 Royal Enfield Is Testing the Classic 350 With Tripper Navigation

One thought on “Does Royal Enfield Himalayan even need a Beak?”