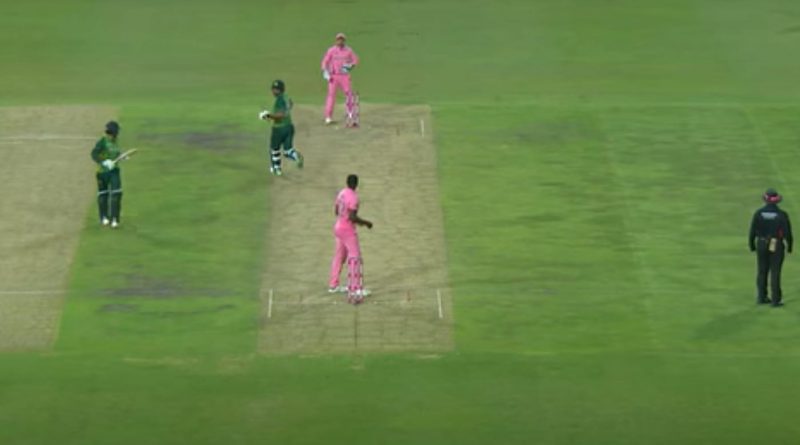 India’s arch-rivals Pakistan are playing South Africa in a 3 ODI series. Having won 1 match each, the series is heading towards the decider on 7th April. The second match between the two teams was a great game that should have been remembered for Fakhar Jaman’s 193 while chasing a mammoth total of 341, instead, it will now be known for his run out. Watch his dismissal at 12:53 in the below video.

Batting on 193 Fakhar hit a ball at long-off and ran for a double. While coming back to his crease, de Kock made a hand gesture as if he’s calling for the ball to be thrown at the non-striker’s end. Fakhar looks back to see what was going on at the other end, but to his surprise, he found that the ball was never going to the non-striker’s end but instead for his wicket. The ball hits the wickets directly and Fakahar’s stutter while looking back at the other end cost him his wicket.

There have been many instances of wicket keepers deceiving batsmen while they’re running. Dhoni has been constantly praised for his deception in getting batsmen out by doing all sorts of things behind the wicket. His run out of Mitchell Marsh in 2016 is one of many instances where he fooled the batsman into believing that the ball was being thrown at the non-striker’s end. As soon as the batsman sees Dhoni’s body language he becomes lenient and bam, he’s run out.

The instance that forced the ICC to penalise this tactic by wicket-keepers was in a match between Sri Lanka and Pakistan. Here Sangakkara made Shahzad dive despite the ball not reaching his end by fake-collecting the ball. This was deemed dangerous by the ICC and it banned wicketkeepers from doing so.

Law 41.5.1 states, “It is unfair for any fielder wilfully to attempt, by word or action, to distract, deceive or obstruct either batsman after the striker has received the ball”

Was de-Kock deceiving the batsman?

Both QDK and Fakhar have come and said that the pointing at the non-strieksr end wasn’t to deceive the batsman but a genuine call. However, it doesn’t sit right with the viewers. QDK could be seen asking for the ball as soon as Fakhar hits it. He signals the fielders to throw at his end for the entirety of the run, except for when the ball is actually thrown at his end. As Fakhar nears the strike’s end, QDK changes his gesture to make it seem like he’s asking the bowler to throw the ball and the non-striker end. The thing is, the ball had already been thrown by the fielder so there is no way he could change his throw.

To an average viewer, it seems like QDK signalled the fielder after he had thrown the ball which means his intention was to deceive the batsman. The decision however was for the Umpires to make and they deemed it a fair run out so there is nothing that would change now.

This instance however begs the question- with the number of T20s being played these days, is cricket changing from a gentleman’s game to a sport where win trumps respect and class? 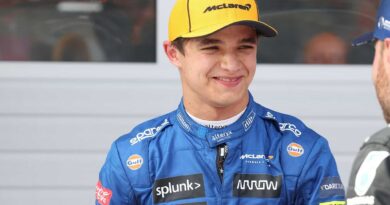 This Is Why Norris Is the Next Big Thing in F1 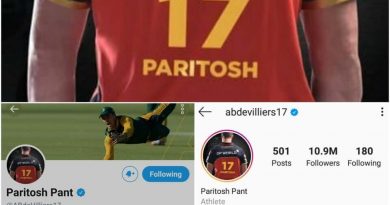