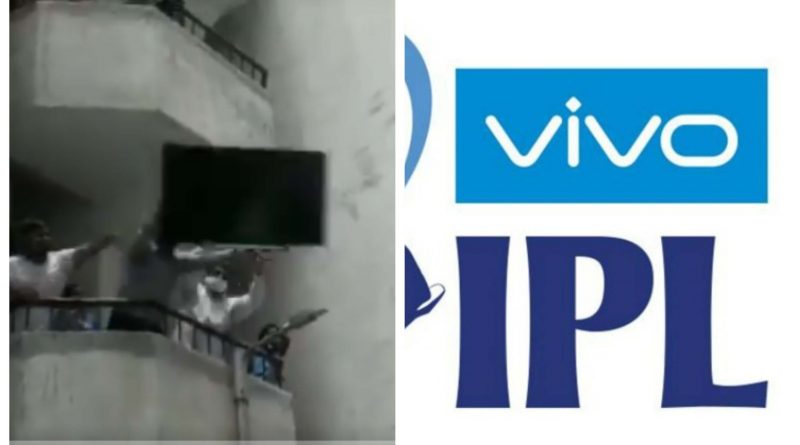 Remember the boycottchina campaign? The one when people using Chinese products were labelled as anti-nationals and what not? When even the prime minister asked his fellow countrymen to become atmanirbhar and use Indian products instead?

Well, as it turns out, the campaign was for the general people only. The rich and privileged are exempted from it. The news channels kept on running ads for Chinese companies while urging Indian viewers to boycott Chinese products. Now, the BCCI has decided to retain all the sponsors from last season including the Vivo, the Chinese company.

The boycottchina campaign came about after 20 soldiers died in a border skirmish with the Chinese soldiers. The whole country was outraged by the sad incident and vowed to not use Chinese products. The news channels were out for blood, the politicians were urging everyone to not give a single penny to the Chinese. Not even 50 days have passed and the government has taken a huge turn in favour of money forgetting all the sentiments it had for the lives of those soldiers and their families. The very sentiments it uses time and time again in its favour.

While it won’t matter for the top cricketers since a huge percentage of their earning is from sponsorships, the domestic players would be massively hit by this. The BCCI doesn’t let its current players form a players association which is why the board get away with a decision like this.

What this move has shows us is that the government doesn’t care about nationalism as much as you think it does. When there’s a chance of using nationalism to garner support, the government becomes ultra-nationalistic but as soon as the dust settles, it goes back to chasing one thing that matters the most, money!

After 45 soldiers were killed at the border last month, the government showed us that it’s fighting back with Modi’s photo op at the Galwan Valley and atmanrbhar initiation. Now that pockets are emptying, the eyes are set on money irrespective of who’s giving them. Who cares?

Interestingly, Jay Shah the son of Amit Shah is the secretary of the BCCI.

The 2020 IPL is scheduled to start on 19th September 2020 in UAE. The squad limit for every team would be 24 players and the matches will be played at 3 venues.

One thought on “Threw Your Chinese TV Out? Meanwhile, IPL Has Retained the Chinese Sponsors”