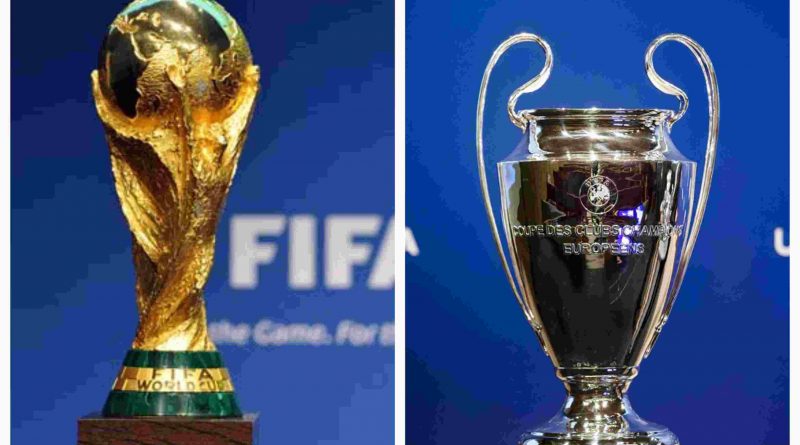 Walking through the lanes of Reddit, I saw this question posed in the comment section of a football-related post and couldn’t figure out the answer to it. After a few days of thinking, I think I have reached nowhere. I would however try to offer an olive branch and probably you could decide for yourself which comes on top in a World Cup vs Champions League battle.

The biggest argument in World Cup’s favour is that the teams are bound by nationality. A manager is stuck with the players he has. No matter the money, a national coach cannot go ahead and buy players from another country. They have to make do with what they have. This is the sole reason why Messi and Ronaldo for all their greatness, cannot win the World Cup. Despite being the two greatest players of this generation, both are stuck with a mediocre team that cannot support them to the World Cup title.

If you ask them if they want a World Cup or a Champions League I’m certain both would ask for the former as it is something that has eluded them all their lives. The 2022 Fifa World Cup would be both Messi’s as well as Ronaldo’s last chance at the coveted cup.

So when it comes to the importance of each match in the World cup vs Champions league battles, the World cup certainly comes on top.

Although Champions League is also watched all over the world, only European Clubs get to play in it, unlike the world cup where every country in the world participates in. There are 211 national association members under FIFA as opposed to just 55 under UEFA. Every World Cup breaks viewership records of the last one pointing to the increasing success of the World Cup. This massive following brings in with it, immense pressure for the players who are also burdened with keeping the name of their country on top.

Given the players are representing their countries, there is far more seriousness given to a world cup than a Champions League. The fact that the World Cup takes place after 4 years also plays a huge role in making it feel dearer than the Champions League which is organised every year.

In terms of the absolute reach of their games, the World Cup is far bigger than the Champions League. The World Cup games are watched by people who don’t even watch any other football matches. Football becomes truly a world sport when the World Cup is on.

What do you think is tougher to win? The FIFA World Cup or the Champions League. Share your thoughts in the comments section.