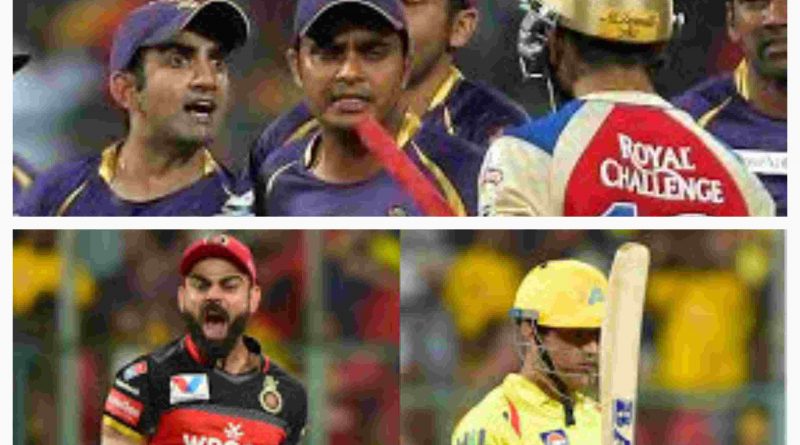 The sport began when a caveman said to the other, “I can reach there before you” or something along the lines of “I’m stronger than you, fight me”. No wonder wrestling and running are considered to be the oldest sports. Cave paintings found in the Lascaux caves in France appear to depict sprinting and wrestling in the upper palaeolithic around 15,300 years ago. When it comes to modern team sports, Cricket certainly is seen in high regard as being one of the oldest. The popularity of cricket rose after theatres were banned in 1642 in England. After more than 3 centuries, Cricket has become the second most followed sport with over 2.5 billion fans around the world.

Cricket has changed dramatically over those 3 centuries. From underarm bowling to now being the fourth most profitable league in the world with $6.3 billion, cricket has seen a huge turnaround due to the Indian Premier League. Played for just 2 months every year, the IPL leaves behind even the English Premier League in terms of profit. Its average attendance figures pre-covid were also better than the EPL. A high level of competitiveness is certainly a factor in IPL getting to the point where its currently at. The Indian Premier League has seen 6 winners among 13 that have played so far. In comparison to the 42 teams that have taken part in the EPL, only 9 have won the trophy.

The factor that makes any sport even more enthralling is regional rivalry among teams. Real Madrid vs Barcelona, Australia vs England, India vs Pakistan, Manchester United vs Liverpool, Ford vs Ferrari are some of the rivalries that make the respective sport even more exciting to watch.

Rivalries in the IPL

Although the Indian Premier League is still in its teenage years, some exciting rivalries have already developed. Here we look at some of the biggest rivalry in the IPL.

If rivalries were created by how many trophies the teams have won, these two would certainly not stack up against each other, but that’s not the case. Geography and politics have much more effect on sports rivalries than the number of trophies won. A rivalry is often created by how much pride a set of fans take in winning against each other. Karnataka and Tamil Nadu have always been rivals due to the Cauvery river dispute. That rivalry has also crept into the IPL with both sets of fans desperate to get one up against their opponents.

The rivalry is also accentuated when opposing fans meet each other on a regular basis. Karnataka has a 14% Tamil speaking population which means these opposing fans encounter each other on a daily basis in workplaces, neighbourhoods or general hangout places. It allows for banter which is what makes winning that much sweeter and losing even more so unbearable. The involvement of Dhoni and Kohli two of the biggest cricketing starts in the world certainly adds to the rivalry.

The CSK-RCB rivalry engulfs the whole country in its spell despite both these teams operating from the south, such is its grandeur. The popularity of these two teams is also a huge reason for it being one of the biggest rivalry in IPL.

Mumbai Indians and Chennai Super Kings have been the two most successful IPL franchises by a long mile. These two have won 9 out of the 14 Indian Premier League seasons so far. Their on-field success has earned them a huge number of fans from all across the world. Their IPL rivalry is largely a result of their competitiveness on the field. Rohit Sharma calls it the El Classico of IPL and although the intensity is nowhere close to a Real vs Barca match, it certainly winds up a huge number of fans from all over the world.

With 5 and 4 trophies each, MI and CSK’s IPL rivalry shows no signs of stopping and would only get better with instability in other teams.

Royal Challengers Bangalore and Kolkata Knight Rider’s IPL rivalry started from an onfield spat between Kohli and Gambhir; the then captains of these two teams. Both of them are known to have a temper, something that was on display on many occasions, most famously in the game between KKR and RCB in 2015.

Kohli batting on 35 was caught on long off which set Gambhir off in his celebration. He ran across Kohli celebrating and probably saying something which irked the batsman. They charged up to each other only to be pulled away by the team members. That spat between these two players ignited a spark of rivalry between the two teams, and although it has died down a little after Gambhir’s retirement, that feeling still stays to some extent.

Both of these teams have fallen off the edge a little with KKR not performing at their historically high standards. With a new team and structure, this year could reignite the IPL rivalry between RCB and KKR.

Mumbai Indians have outplayed Royal Challengers Bangalore in the IPL with 19 games won against 12 in 31 games so far. In recent seasons, RCB have come nowhere close to challenging the might of the Mumbai Indians. This IPL rivalry however is not about the teams but their captains.

Despite both rejecting the idea of comparison between them, Rohit Sharma and Virat Kohli are constantly pitted against each other. Recently Kohli had to step down from captaincy to give way for Rohit Sharma, if that is not a direct competition then I don’t know what is. While I disagree with the media hype around the personal lives of these players and their supposed hate for each other. So many cricket fans and I are all in for their professional rivalry.

Rohit Sharma replacing Kohli as the captain of the Indian team is even more incentive for Kohli to play better and show the world that he is truly the better of these two great Indian batsmen. MI vs RCB’s IPL rivalry is certainly the most popular IPL rivalry on social media despite not being the most entertaining on the pitch.

Chennai and Hyderabad are located quite close to each other, bar Bangalore, so there is some regional rivalry among these two teams. Both the teams are equally strong which has given some very close games in the past. This IPL rivalry, however, is not as big as some of the others primarily because Sunrisers Hyderabad has had foreign captains who just go about their job without creating any fuss. While this IPL rivalry is nowhere as intense as RCB vs CSK it certainly has its moments as the teams are equally competitive on the field.

People of Mumbai and Delhi love to compare their two cities and claim one is better than the other. People from Delhi are always the first to point out a lack of metro rail infrastructure in Mumbai and the general traffic woes in the city due to floods. Mumbai, on the other hand, does not hold back from pointing at Delhi’s weather and crude fashion choices of the people.

In the IPL however, these two teams have never competed on the same level. While Mumbai Indians have 5 IPL trophies, Delhi Capitals have always lingered in the bottom half of the table. Only since the past couple of years have Delhi Capitals improved and given Mumbai Indians something to think about. This IPL rivalry would certainly get intense as Delhi continue to improve this year.

With a new name and team structure, Delhi Capitals are trying to win their first-ever IPL trophy ever. If they are to ever win the IPL they would have to get past Mumbai Indians. The DC-MI rivalry ha certainly has all the requirements for becoming the biggest rivalry in the IPL but is not close to being one at the moment.

KKR under Gambhir were a force to be reckoned with. They won 2 IPL trophies under the southpaw along with 5 playoffs and have been one of the most successful teams in the IPL. KKR have been historically known for trolling Dhoni with a very aggressive field when he came to bat.

They did it when he was in Pune Warriors as well as when in Chennai Super Kings. KKR would set a field at a short, silly point and any other test field set-up you could think of. Doing this to a prime Dhoni speaks volumes about their rivalry on the field. Sadly we don’t get to see something like this anymore.

Other IPL rivalries such as Mumbai Indians vs Kolkata Knight Riders do not have as much animosity off the field as the others on the list. If we look at these rivalries only in terms of the onfield competitiveness then all games would need to be considered since every game is played between two rival teams. KKR vs MI doesn’t wind up fans like others on this list which is why it cannot be considered as big of a rivalry as say CSK vs RCB. If you think of any other IPL rivalries in the Indian Premier League that I’ve missed please comment below.

Also, do you agree with our list of biggest IPL rivalries so far? Please let us know of any other IPL rivalry that you consider to be better than these.